Editor's note: This is the first in our "Customer Voice" series where we capture and bring to you the direct voice of our customers to demonstrate their areas of PLM ROI.

When one alcoholic beverages client opted to refocus its brand, the business immediately saw how an existing partnership with Selerant provided a competitive advantage.

“What’s the one thing can you do better than anyone else?” asked the company’s Vice President of Product Development & Innovation.

In order to improve its position in the market, the organization dedicated efforts towards product specialization. Instead of having broad offerings across multiple sectors, including lines of business outside of the beverage industry, the company focused on its strengths.

Leveraging modern PLM to get answers

“Unlike our competitors, we had efficient document management,” says the VP. “All formulas used to be on different spreadsheets, all on different laptops, across the entire company. Alcohol is very complex, so putting everything into one tool proved to be a big advantage.”

Instead of chasing down information, formulas could easily be managed and calculated from a single source, Devex PLM. Centralizing the data meant the organization could move faster, especially when dealing with incredibly difficult formulas.

Using Devex meant the company could do more than just move their product information into one place. It also allowed the company to automate its food safety initiatives. 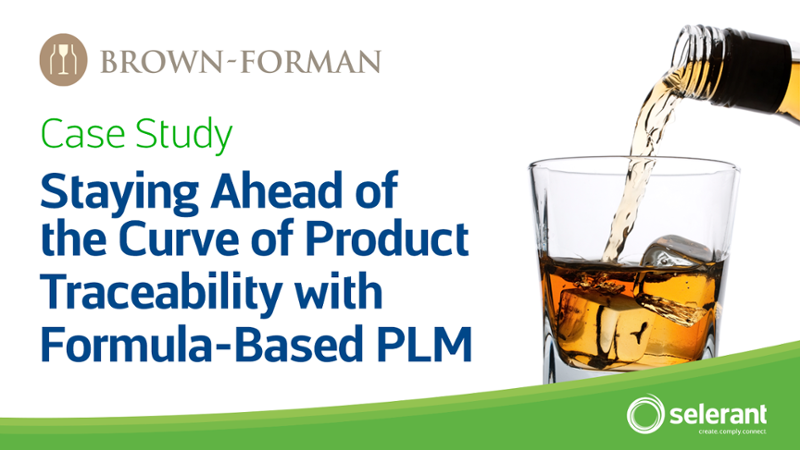 “You get a lot of specific questions, especially about allergens,” says the VP. “It becomes harder and harder to manage, but tools built with Selerant allowed us to customize. We could put an item, say grapes, on a restricted list, and then automatically track back through all formulas.”

With markets placing heavy emphasis on GMO, vegan, and Kosher, being able to access this information from a single source proved to be a major advantage over other PLM products.

“We have lots of software needs in the company,” adds the VP. “When we were initially going through our evaluation, there were discussions about trying to re-create an approximate of what Devex does in another program. Fortunately, the head of IT saw that we had a solution that works.”

In the competitive alcoholic beverages industry, being able to access and share information is a major advantage, especially when moving into new and emerging markets.

“From a technical standpoint, we’re doing better than our competitors,” says the VP. “You can be a lot stronger by simply having the management tool and a system to access all of this information.”